Maintaining affection and closeness between generations in Spain during COVID-19 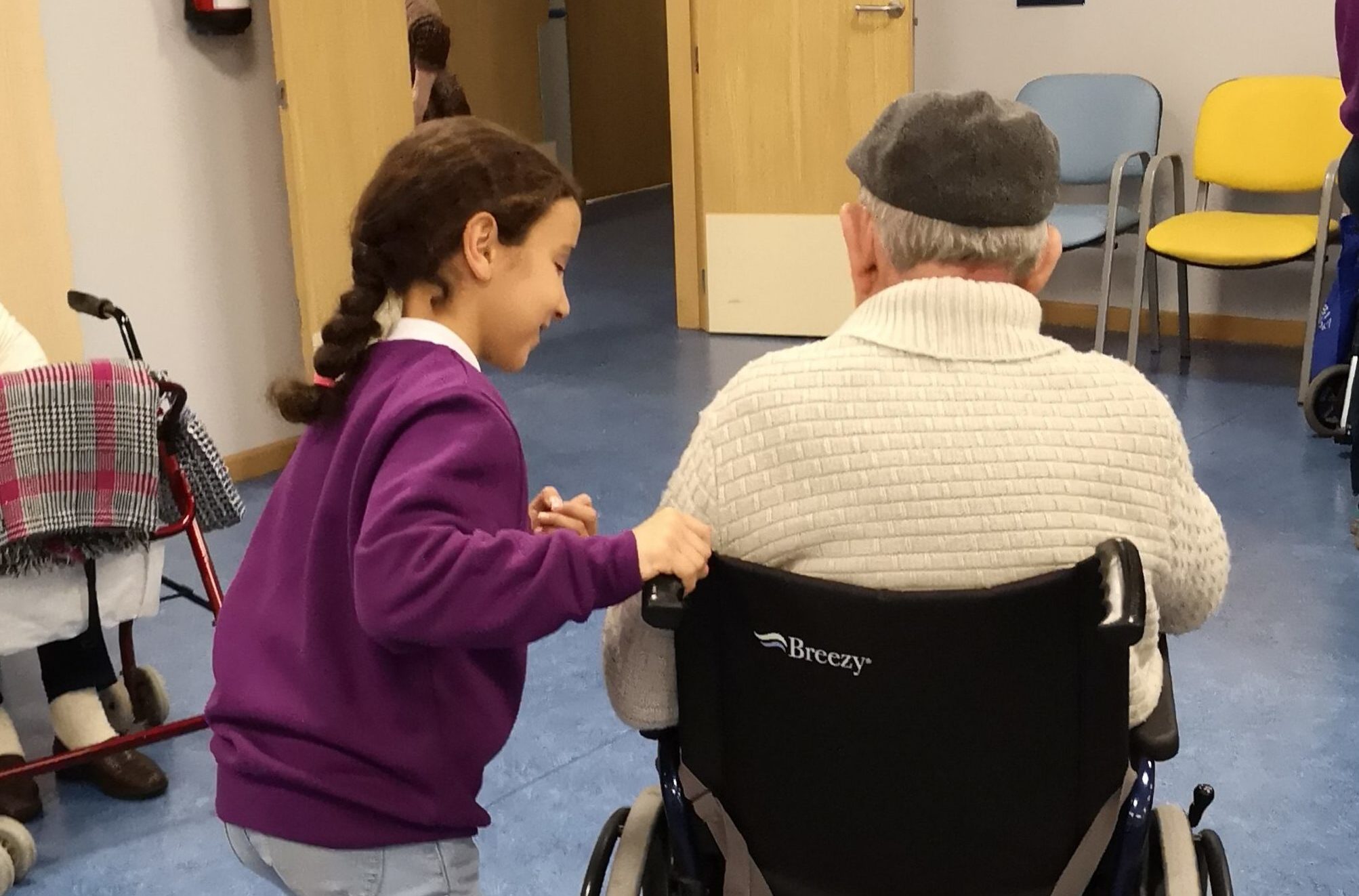 “Showing affection and closeness between different generations thanks to a daily radio programme has been one of the most comforting and rewarding experiences of my professional life”. These are the words of Pablo Ortiz, a Language and Literature teacher at the “Padre Manjón” School, who has been an active participant in the “Radio Fuerza” [Force Radio] intergenerational initiative. This is one of many examples of IG actions which are counteracting the negative effects that COVID-19 has had in Spain. Read more in this blog written by Ángel Barragán and Ignacio Chato.

The COVID-19 pandemic has had terrible consequences in Spain, especially for the elderly and those living in nursing homes. Their loneliness and isolation increased as they were forced into physical confinement. A lack of resources and digital skills made matters even worse for them. The closure of care homes, senior citizen centres, kindergartens and primary schools also meant the abrupt interruption of many intergenerational programmes that had been set up pre-COVID 19. This shutting down of activities also had a very big impact on young children since they had been used to visiting centres for older adults and had built relations there, and had got used to interacting with older people with cognitive impairment.

In order to counteract the sudden enforced physical distancing, many educational centres in Spain organised activities so children and older adults could maintain contact, and children’s memories of their relationships with the older adults were kept active. These actions, which are continuing today are also about stimulating affection between the generations and promoting empathy and solidarity. This has been really important given the increased vulnerability and loneliness that many older adults in care homes have been experiencing at this time. For the children, resuming their involvement in IG practices has been a good antidote for the lack of affection and relationships, which they may have felt during confinement. 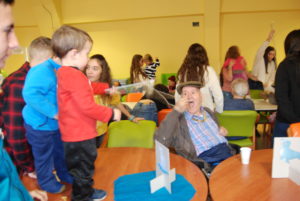 Examples of these actions are those  developed at the Macrosad Intergenerational Reference Centre in Albolote  in Granada) —children and older people at the day centre shared pictures and videos online to keep in touch. Another example is the “Cuéntame” [Tell me about!] initiative in Jarandilla de la Vera, included in the Trigenerational Programme set up by the “Jaranda” Secondary School, “La Casita” children’s education centre and ServiMayor —a care home for elderly people—, in La Vera (Extremadura).

In this region in the mid-west of Spain the Intergenerational Programmes Commission and the Regional Government launched the “It adds up lives” campaign. In collaboration with educational local centres they have collected all kinds of intergenerational practices that were carried out during the past few months. The campaign is also channelling the affection and recognition that children and adolescents have towards older people, and raising awareness in general about the value of older people and the role they play in Spanish society. Thanks to this initiative, the largest open access online repository of intergenerational resources (e.g., stories, poetry, letters, drawings, pictures, etc.) in Spanish has been made available to organisations and groups taking care of older adults. In other cases, new models of co-existence, which are focused on community-based intergenerational support and care of older adults, are demonstrating their capacity to lessen the hit of the Pandemic. One example is the Plaza América intergenerational building in Alicante in the south east. 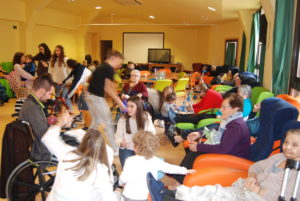 During the peak of the Pandemic in Spain in April a strong campaign designed to prevent the potential decline of intergenerational connections due to mandatory physical distancing was launched. The “Intergenerationality Adds Up Lives” manifesto was presented on 29th April coinciding with the European Day of Solidarity and Cooperation between Generations. Hundreds of Spanish and international individuals and public and private entities have endorsed this manifesto.

From north to south, from east to west, Spain has proven that affection and commitment between different generations can persist even in the most challenging conditions.

Authors: Ángel Barragán and Ignacio Chato onbehalf of the group responsible for the Manifesto “Intergenerationality Adds Up Lives“.