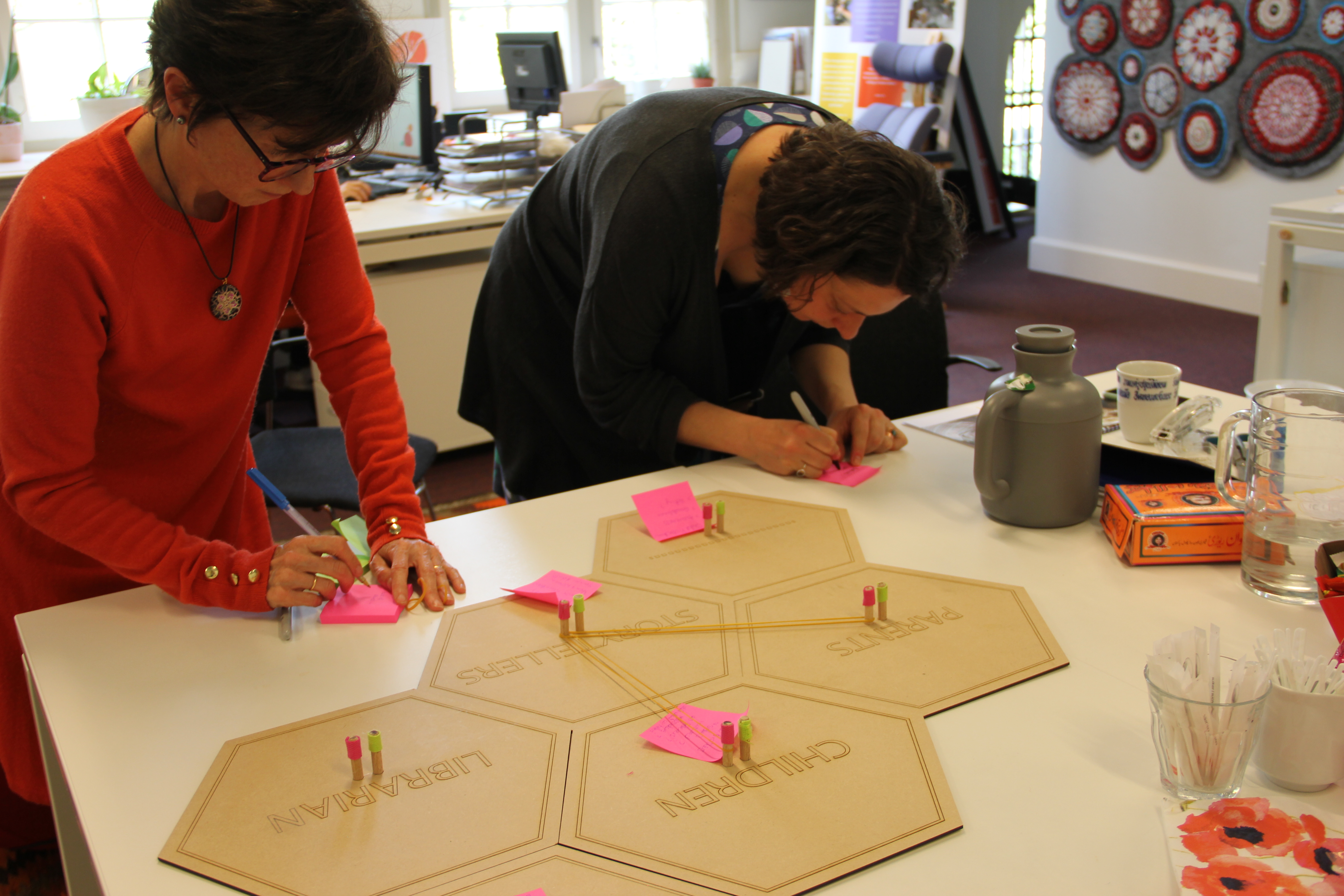 The Storytellers Project is a concept for a new library service connecting a community of senior readers to children and their families for remote reading aloud sessions. Children use the Storybell robot at home to connect with seniors willing to read. The Storybell robot transmits their reading live allowing them to speak as if they were on the phone.

The Storyteller Project began as a self-initiated side project of interaction designer Laura Boffi, who has recently received financial support from the EU project Designscapes for initial fieldwork and co-creation with TOY to further develop the concept. Read more about the Storyteller Project here.

From the beginning Laura’s intention was that the Storytellers Project would make possible intergenerational encounters between children, seniors and young families and she had been in contact with the TOY team at ICDI about her ideas already back in 2017. Thanks to the funding she finally managed to visit TOY in Leiden in May 2019 to interview Giulia and Margaret and run a co-creation workshop with them.

During the workshop Giulia and Margaret co-created the service through a special design tool, the hexagons tool, which was created by the designer Laura for the session. This visualized relationships between the service users and stakeholders and brought attention to new actors in the service. The insights they provided were captured by the designer in the feasibility study of The Storytellers Project. This can be downloaded here.