Returnment: a new term for retirement in line with what TOY believes 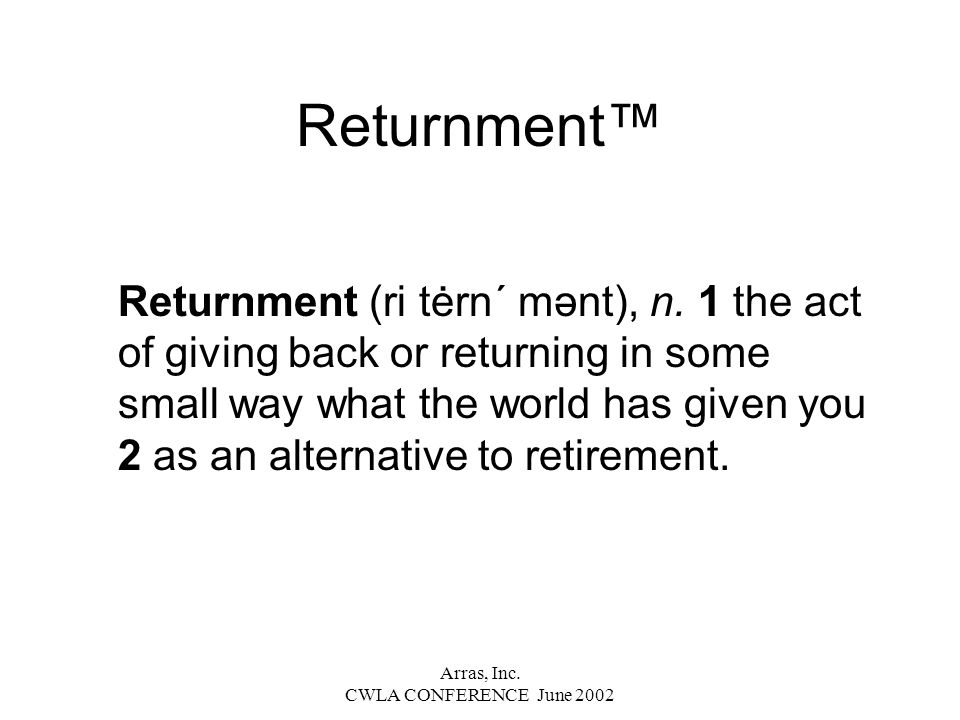 Ever heard of returnment? This is an alternative term for retirement and it is very much in line with the idea of active ageing that TOY promotes. Returnment encourages older adults to work after work, to use their skills and knowledge to benefit the greater good.

The term was coined by Jay Bloom, an IG advocate based in Portland, who will be honoured by SAGE (Senior Advocates for Generational Equity) on 12 November 2020.  We are very happy to share with you a blog written by Jay which describes his vision for returnment here.

The city of Portland in Oregon has a reputation of being liberal and community-minded.  This image was somewhat ‘twisted’ in recent months in the way in which Black Lives Matter protests there were portrayed and responded to.

Portland is also known as a city where intergenerational solidarity is valued and promoted and was the host city of last year’s Generations United conference in which TOY also featured. SAGE will also be honouring Portland’s Bridge Meadows, pioneers of intergenerational community living at their upcoming award’s ceremony.