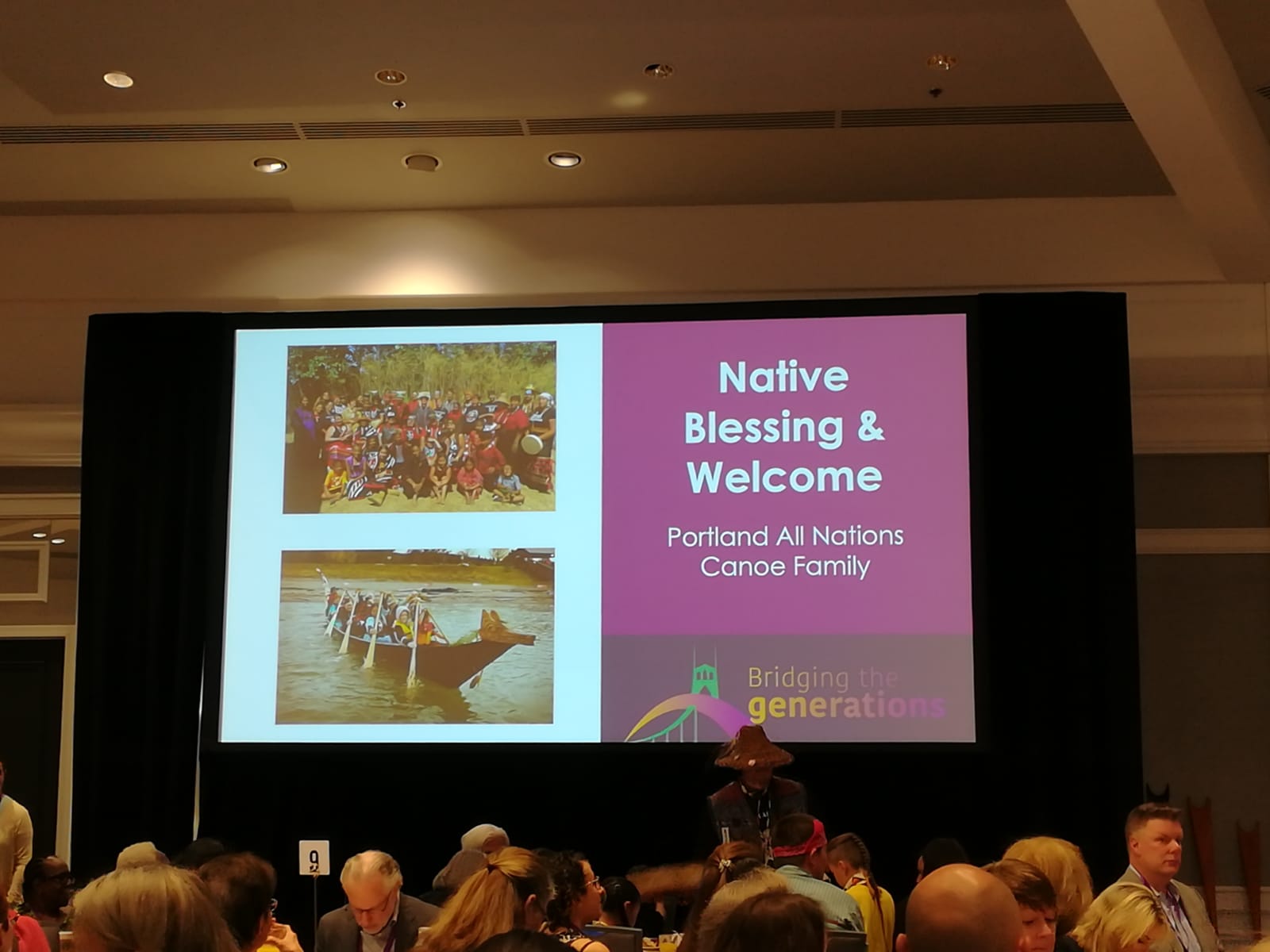 Between 12 and 14 June almost 400 experts in intergenerational practice gathered in Portland, Oregon for the biannual conference organized by Generations United and cohosted by Bridge Meadows Intergenerational Communities,‘Bridging Generations‘, titled  The participants– activists and academics, practitioners and volunteers – were mainly from the United States of America.

This year there was also a significant and vocal international representation with 30 delegates from 12 countries, including Australia, Chile, Japan, Northern Ireland Portugal, Spain. TOY was represented by Margaret Kernan from ICDI. In her presentation Margaret persuaded the delegates of the importance of assessing and improving quality in intergenerational learning and explained how the TOY for Quality Programme works. There was also much interest in the TOY Online Course, the next edition of which begins 14 October.

Some other highlights in the Conference were the launch of a new publication about intergenerational shared sites a co-production of Generations United and the Eisner Foundation.  Based on research and lessons learnt in 10 shared sites in the US and lessons learnt, the publication, titled ‘The Best of Both Worlds: A Closer Look at Creating Spaces that Connect Young and Old’, provides practical information for anyone wishing to develop an intergenerational shared site.

Another highlight was a panel discussion about grandfamilies i.e. when grandparents step in to care fulltime for their grandchildren because the children’s parents are unable to do so. Involved in this session was one of the producers of a CBS TV documentary 60 Minutes about the opioid epidemic in a 2018 and the impact this is having on families.

A heartfelt plea from one of the young panelists, who was herself raised in a ‘grandfamily’ was that “everyone should be trauma informed in our daily lives, in order to meet people with kindness rather than judgement”. Vicki Titterington, Linking Generations Northern Ireland, TOY’s Northern Irish and UK partner also made a great contribution on another discussion panel about the power of intergenerational living during the closing lunch of the Conference, which was broadcast live on local radio.