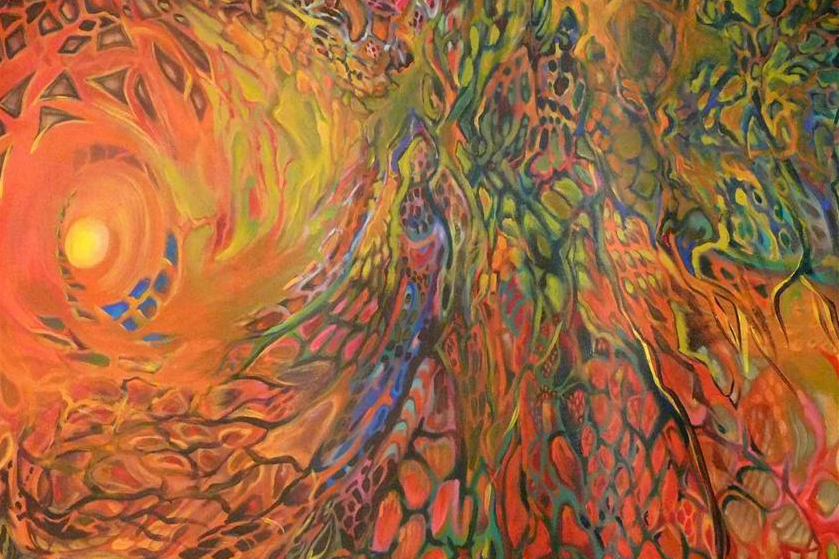 This blog post, which is written by Libby Lee-Hammond and Elizabeth Jackson-Barrett, researchers at Murdoch University, in Western Australia, describes a project in Western Australia where young Australian Aboriginal children learn with the elders in their community.

An important feature of this blog post is the incorporation of traditional cultural knowledge and spiritual connection to place that is highly significant for Australian Aboriginal children and the communities to which they belong. The cultural perspectives discussed may also be relevant for educators working with other First Nations communities such as the Pacific Islands, Australia, New Zealand, Scandinavia, Asia, Canada and North and South America.

As a matter of respect and following the protocol of ‘country’ it is important that we share with you some of the elements of place where our projects took place. This space is known as Noongar boodjar (Noongar country). For those of who are unfamiliar Noongar boodjar is located in the south-west corridor of Western Australia. Our On Country Learning (OCL) project operated within the traditional Whadjuck area.

The outdoor space in which OCL took place is a wetlands area called Walliabup.  Twenty Noongar Koolunger (Noongar children), aged 4-7 took part one day a week for a full school term  in what we have come to describe as On Country Learning (OCL). The children were enrolled from Kindergarten to Year 3 and some of the children were siblings. They were transported to the site by bus and were accompanied by a Noongar Elder respectfully referred to as Konk (uncle). Konk is a well-respected Elder in the Noongar community and has a grandfatherly demeanour. In addition to the accompaniment of Konk the children were joined by the school’s Aboriginal Islander Education Officer (AIEO), one classroom teacher, two members of the Murdoch research team and a project officer (who was also a parent).

The importance of identity

The centrality of Elders

Traditionally, Elders have the responsibility for passing on important learning to koolunger (children) and this learning was acquired in the outdoors and was based around respect for and care for ‘country’.  Many of the lessons are connected to stories which are underpinned with fundamental skills and knowledge needed to survive and thrive in a harsh climate. These include, kinship systems and the Lore, Dreaming stories, weaving, tool making, hunting and gathering; all of which encompass an Aboriginal worldview through their ‘relatedness’ to a person’s identity, country, gender and role within their community.  Dreaming stories from a Noongar perspective originate from the Nyitting (cold times) where the spiritual ancestors created the landscape and the lore that governs the places and spaces within.  The landscape and its associated country is quintessentially a text told through story; sacred, spiritual and central to Aboriginal identity. Elders have always passed on these skills and knowledge to the next generation orally as well as by modelling and demonstration. 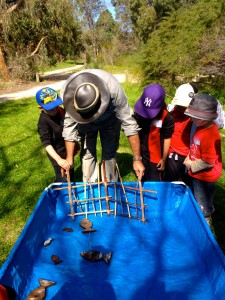 In this experience Koolunger were invited to learn how to make a traditional fishing trap. Konk showed how to tie the lashings on the joins to make a frame and provided wooden fish with single holes drilled in them. The fish were trapped at the end of the wading pool and spears were used to catch the fish. There were different roles for boys and girls in this game as per the traditional practices. The boys built the traps and waded through the water to trap the fish while the girls learned and danced the ‘fishing dance’ and were responsible for spearing and collecting the fish.

The authors want to acknowledge the significant role of Konk Leonard Thorn who made this project so rich and engaging for the children by generously sharing his time and knowledge. 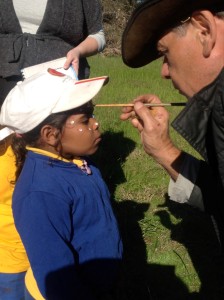 One experience that particularly highlighted and illustrated the significance of involving knowledgeable Elders in OCL projects and learning experiences  was when Konk used paint to mark the children’s faces with the mopoke (owl) totem Painting totems requires Elder permission. The koolunger waited silently as they were carefully painted — boys were painted in one way, the girls in another as customary. Sharing the experience of the mopoke totem story created a space where messages and meanings about the diversity of identity could be explored. The sharing of stories has been a way of communication across cultures for generations, and as such it creates a basis for understanding and sharing knowledge. It is through the experience of listening to stories that children are encouraged and involved in a naturalistic way that builds confidence for them to explore diversity and difference, which, in turn lights the spirit of identity.

One of the outcomes of this project was the development of strong bonds between Konk and the Koolunger. The children gained great confidence in their identities as Indigenous students through having a strong and wise role model to guide them. IN interviews, teachers noted a marked shift in children’s social and emotional wellbeing and confidence levels as a result of building a relationship with Konk.