Play Dates with the Elderly in Hong Kong 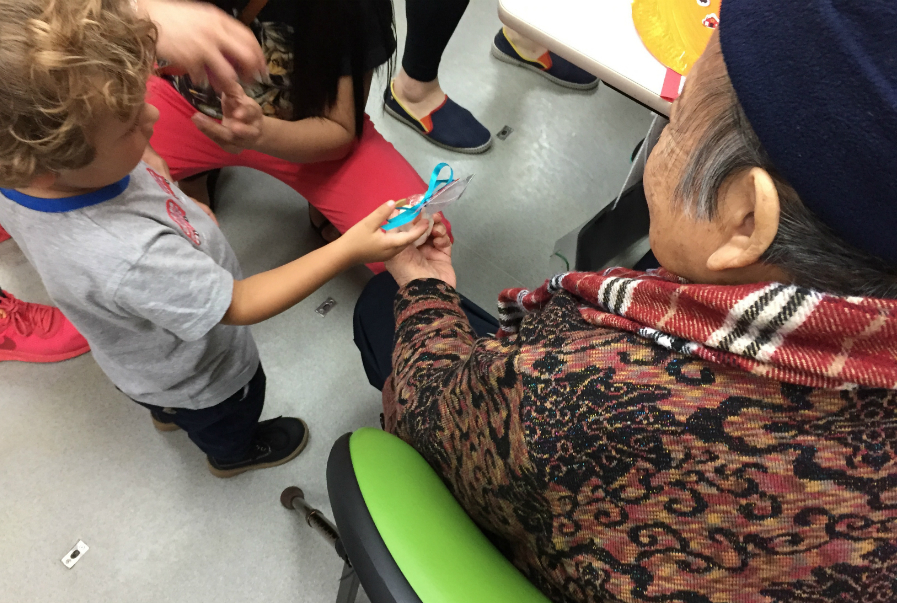 Having been inspired by the stories on the TOY website, Cleo Wong, a young mother and preschool teacher in Hong Kong, decided along with a group of other mothers to organize intergenerational playdates.

In her blogpost she describes how it’s quite a new phenomenon in Hong Kong, but one that may just take off!

Playdates HK was formed by two moms who wouldn’t have been friends if it weren’t for a simple play date amongst their children. It’s universal knowledge that new parents are always looking for a chance to get together, find a play date to play with, and to simply just hang out with each other to share struggles and milestones. All so that you don’t feel that you are taking on parenthood alone.

We are based in Hong Kong, where play dates are not as common as compared to other countries, but still popular. We began our journey by just having simple play dates in each other’s homes, in parks, and in playgrounds. While on our play dates, we would meet other new parents and our play date group grew. Now with children’s ages ranging from 6 months to 3 years that was really when we then decided to gather all our new friendships to try new things together!

One day we came across the TOY website, and we were inspired to bring our little ones to an elderly day care centre. It had occurred to us that our children and especially families who are able to afford help at home (which is about 30-40% of the city population), are no longer being raised by their grandparents. This had been our experience when we were little, when we were solely taken care by our grandparents, when mom and dad went to work.

So as a group of parents of young children, we became determined to begin an intergenerational play date! 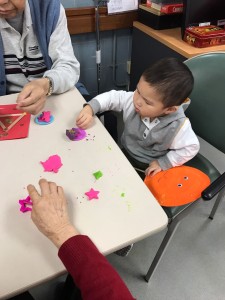 As we approached our first few elderly centers in the city we soon discovered that this was an unusual idea and viewed as ‘strange’. Their reaction to intergenerational interaction was either “no thanks” or “is it safe?”. We finally heard back from one of the five places we had approached. They were a bit wary about having little ones in the environment, but after I explained that I taught in a Preschool, and I felt that it was beneficial for the little ones, they decided to participate. We had our first ever -intergenerational play date on December 2nd, 2016.

Not only did the number of sign ups of parents offering to bring their child to our play date overloaded our database, but it was also one of the most heart-warming play dates we had ever hosted. The children were playing with the old, and the old were smiling from beginning to end, while repeating themselves over and over again to the toddlers.  As a mother, I couldn’t believe the interaction, and at the same time, my son who has constantly been afraid of old people, ended up playing with play dough with them in just one session. The head nurse at Elderly Centre was so pleased to see that even her staff were participating in the activities. It was truly a fun afternoon.

PlaydatesHK is now scheduled to have monthly intergenerational play dates in 2017. We look forward to many more intergenerational programs being available in the future, because when we get old, we would like that someone would listen and play with us too!