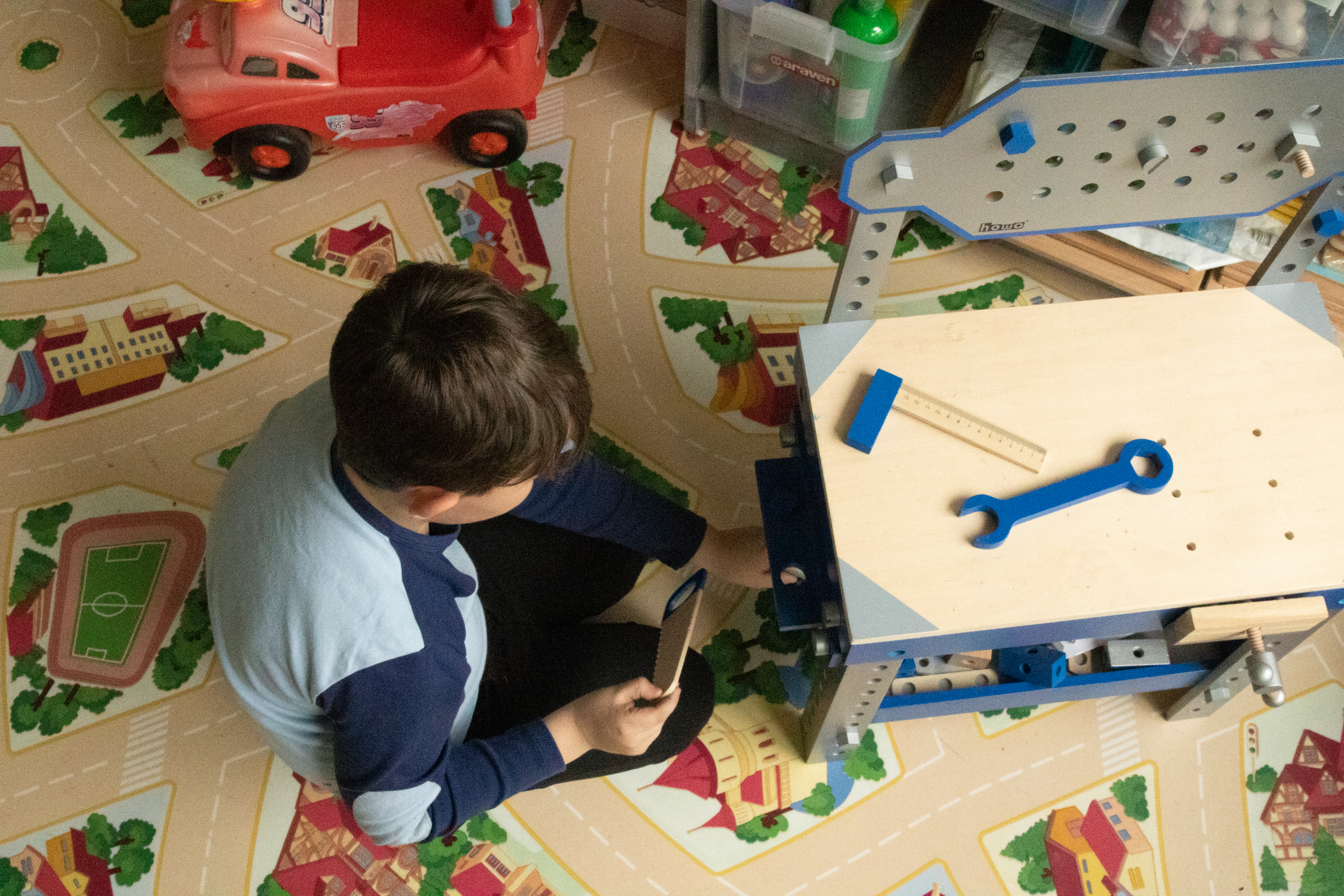 Mark is 8 years old, one of 8 siblings, and is Roma, like dozens of others in the community of Spišský Hrhov, Slovakia. Read the story of Mark written by his headteacher, Peter Strážik who describes it as an extraordinary case, a memento, a gesture and an example for many, which deserves our attention and reflection.

Let’s go one step at a time. His father is employed through a social enterprise. He doesn’t have a permanent job, he works manually for low pay. His wife died of cancer a year ago, the mother of eight children. Two of her children have already left home and have started their own families. This has left six children behind aged  3 to 14. The house in which they live is brick, but very small. It is heated by wood and the beds are joined up so more children can fit there. There is a bathroom with running water, and a toilet. This can be considered a success. Old toys in the house come from the people that the father occasionally works for. Even a very small bike. There are no books. There is, however, a color TV. There is no space for doing homework or writing, preparing for school is not a priority for the father. The father’s spare time can be briefly characterized as – sleep and TV. The children are just a mandatory supplement.

Mark is a second-grader. I know him personally like every pupil from my school. I spend my time at work, when my duties allow it, among the children, especially the Roma children. Personal contact, knowledge of everyone, addressing them by name gives the children a sense of importance. They deserve this feeling because it is because of them that we can be at school, not the other way round. Mark is like any other child. He likes to run to me, shake my hand, ask me how I am doing, a very good habit. Mark lost his shyness and prejudices long ago, and the same goes for me. I also knew his deceased mother well. She often visited me.  She was communicative and often asked me for help or advice, which I always gave her. If you have a good relationship with the parents, especially the Roma ones, the children will repay you a hundredfold. In a positive way.

After his mother’s death, I often consulted Mark’s class teacher Denisa about his behavior and grades. I was interested in him. It seems Mark had become sadder.  His father didn’t support his life at school, so the school had to take care of him.

Our school is very lucky, we have our own TOY for Inclusion Play Hub, set up in collaboration with the Slovak NGO Škola dokorán (Wide Open School). I find Slovak schools often lack a space like this. The Play Hub is a small community center for children, teachers, parents, grandparents, and volunteers of all ages, providing them with toys, games, refreshments, workshops, charity events – it is simply a center of help. Mark is a child member of this small institution, just like his two elder brothers. His mum, when she was still alive, also regularly attended the lectures and meetings in the Play Hub, or just came to drink a cup of black coffee while the children were playing with toys that they didn’t have at home.

The Play Hub has become a living environment in the afternoon life of children in Spišský Hrhov.  It offers them a place to play, learn, assistance with homework, refreshments and especially communication, someone who hears them out and helps them. All the teachers at school know the philosophy of the Play Hub and how it works and are actively involved along with the volunteers many of whom are pedagogy students, but also older adults.

For Mark, the Play Hub is a second home. He visits daily, spending two or three hours here from 3 pm until about 6 pm.  He mainly does his homework with support from the volunteers. He can use school textbooks that are available on the shelves and can prepare for the classes he finds most challenging; Slovak language and mathematics are his biggest worries. We prefer an individual approach, we don’t want anyone to laugh at him. It also helps him to focus fully on the work with the volunteer. At the Play Hub, Mark also likes playing board games or football with the rest of the boys. His father does not visit the Play Hub, so Mark comes either alone or in the company of his two older brothers. Mark’s results have improved, he is not a great student, and he probably never will be one, but he has managed to wrestle with his tough fate. He can read and understand information, he is better with numbers. He is more communicative and already has some Slovak friends. His teacher reports that his results have improved by one grade. All thanks to his small successes in learning and playing in the TOY for Inclusion Play Hub.

As long as this small institution of ours continues to be funded (we will do everything in our power to achieve it), the fate of Mark or other Roma children will be in good hands. Having this space means actively engaging in work with children like Mark. Our experience shows that the school must communicate with volunteers and teachers also understanding that not everyone has the same opportunities. The headteacher must drive and support all of them in a positive way and for a good cause.

Today, like every day, Mark is here again, and we want to help him reach the next level. He remains an average student, but no longer a failing one. He does his best, he sees a better world despite the loss of his mother and lack of his father’s interest. Mark became an example of the achievement of the TOY for Inclusion community in Spišský Hrhov.

In the future, we must keep supporting Mark, both as an institution and as a community. Our goal is to prepare him to study at a quality school, perhaps a vocational one, but one that will grant him the prospects of a fully active life in society.