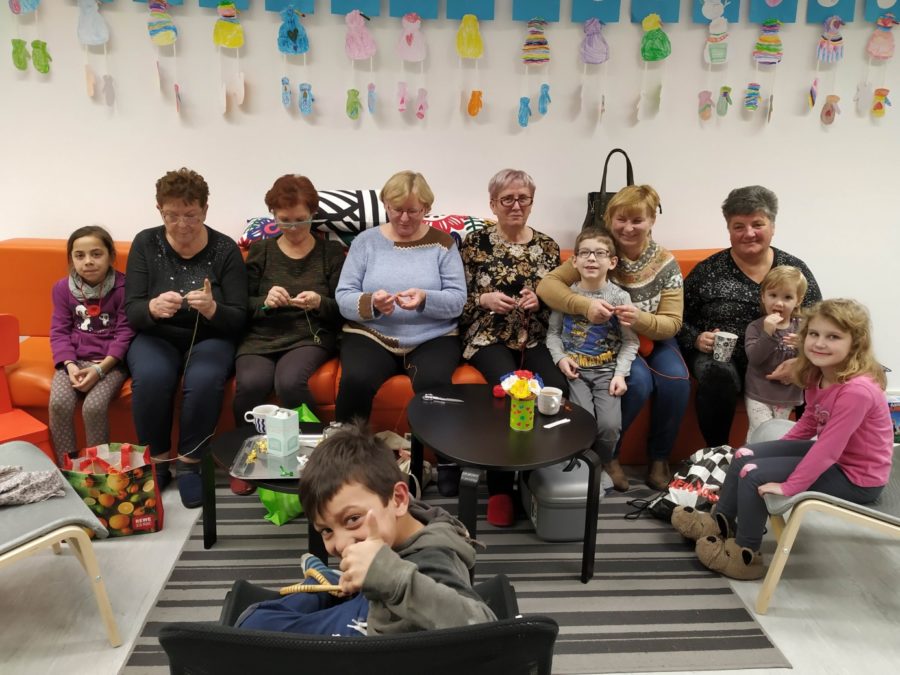 The enthusiastic involvement of a local women’s group in the Orehovica TOY for Inclusion Play Hub in Croatia has inspired an intergenerational crochet group there. Read how it all began in this blogpost by the Play Hub coordinator, Monika Kamenc and Marina Trbus, from Open Academy Step by Step, Croatia.

Orehovica is rural village in the north of Croatia, in Međimurje County. 19% of inhabitants are Roma who speak Croatian as a second language and Bayash language as first. Orehovica’s primary school is the location of the newly opened Play Hub. It follows in the footsteps of the Play Hub in the historic industrial city of Sisak, which has already been successfully in operation for two years. The overall coordination of both Play Hubs in Croatia is in the hands of Open Academy Step by Step Croatia.

Play Hubs are multigenerational inclusive spaces created by the project TOY for Inclusion, which aims to improve the transition experience of vulnerable children, especially those with a Roma, minority or migrant background, to schools and to bring families and services closer to each other. Play Hubs create bridges between cultures and generations. In the Play Hubs, children can engage in creative and social activities with other children and grown-ups. Parents and grandparents can get information about children’s upbringing, health, early learning and development and meet other parents and professionals. 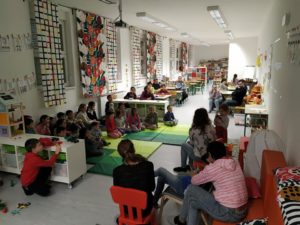 In Orehovica every week about 30 children aged between 6 months and 13 years, as well their parents, other family members visit the Play Hub during its two opening days, Tuesdays and Fridays. They come to play, to socialize, to borrow toys and books from the Play Hub’s toy library and take part in workshops. Older adults in the community are also encouraged to get involved. 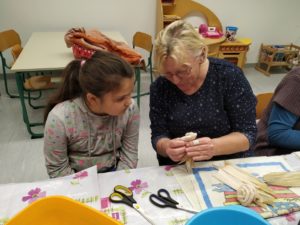 The work of the Play Hub, like all TOY for Inclusion Play Hubs, is coordinated by a Local Action Team.

There are nine organisations involved in the Local Action Team in Orehovica and one of them is ’Brest’, an association for women. Founded in 2012, its goal is to actively engage the citizens of Orehovica to contribute to better quality of life in the community. Since October 2019, when the Play Hub first opened, these hardworking women, most of whom are in retirement age, 65+ years, have been a great help and support. They have made canvas bags for toys, held a several creative workshops and are very active members of the Local Action Team. 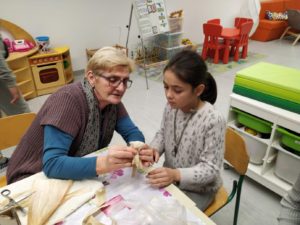 One of the Play Hub activities they organise is about crochet i.e. creating textiles by using a special hook to interlock loops of yarn, thread, or strands of other materials. As a few of the women demonstrate the technique, the girls and boys watch and learn, amazed at the process and then try themselves, which they do with concentration and persistence. The children like it so much that the first question they often ask when they come to Play Hub is: “Will the grandmas come today?” 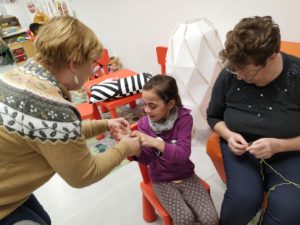 On one occasion when the women from Brest came with their own grandchildren, just to visit Play Hub and to hang out and to have some coffee, the children spontaneously gathered around them, suggesting that they should do something together. They were so persistent that the women decided to start doing crochet. The children were delighted. So, if you are by any chance nearby, come and visit the Play Hub! You will receive a warm welcome and meet happy people of all ages. Who knows, you may even end up crocheting!